The fact that a fraternal order played a role of some prominence in history may seem strange to today’s readers, but for many years in the 18th and 19th centuries Freemasonry was a force of contention not only in the United States, but also in Europe and Latin America. The Free and Accepted Masons claim to have their origins in the Middle Ages when Scottish and English associations were formed for the protection of various crafts, in this instance the stonemasons. This was the age in which many great cathedrals were constructed. 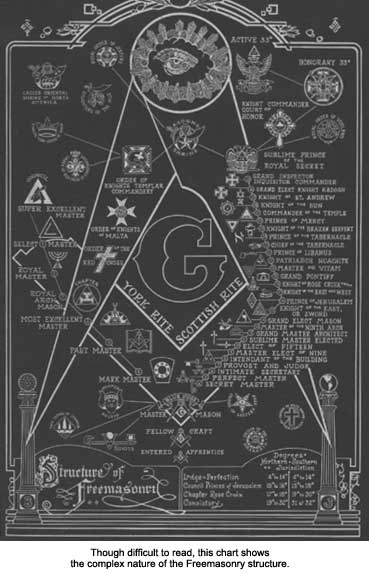 The organization has been democratic and liberal in outlook. Its precepts are theistic, but not supportive of any particular denomination. This has been viewed by critics as anticlerical and has caused much friction with The Roman Catholic Church. In more modern times, fundamentalist Christian churches have been critical of Freemasonry. Benjamin Franklin was a founding member of the first lodge to be established in the United States. In later years, 13 presidents were Masons and other notables included such disparate figures as Winston Churchill, Mozart and Gene Autry. Noted Anti-Masons in American history included John Quincy Adams and Edgar Allan Poe. Why did such a seemingly innocuous organization provoke opposition, let alone a full-fledged political organization (the Anti-Masonic Party)? The answer is to be found in the boisterous democratic enthusiasms of the 1820s and 1830s. In this “age of the common man,” undemocratic elements were viewed with great suspicion. Freemasonry was exclusive in its membership and maintained strict secrecy about its rituals. Many outsiders of that time concluded that the Masons were up to no good. Fear about the intentions of Freemasonry was strong in monarchical and Roman Catholic circles in both Latin America and Europe. This friction has continued into modern times. Today most Americans would associate the Masons with children’s hospitals and subsidiary organizations – Job’s Daughters, DeMolay and the Order of the Eastern Star. Nevertheless, critics exist and associate Freemasonry with the “new world order” and a host of other conspiracies.