The centerpiece of the British effort in 1777 was the plan of Major General John Burgoyne, who urged dividing the rebellious colonies by force at the Hudson River. He sought and received the endorsement of Lord George Germain, the chief strategist in London, as well as the blessing of George III, who specifically ordered the use of Indians and mercenaries to subdue the rebels — a testimony to the complete alienation between monarch and colonist. 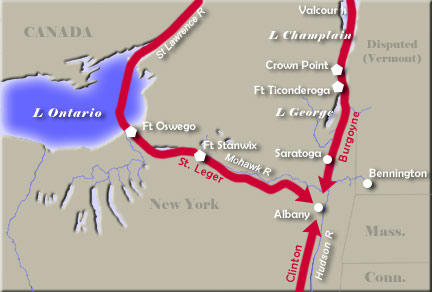 The northern campaign of 1777 required coordination among three columns: